Alpha Space signed into agreement a new government contract with NASA allowing NASA and other government agencies to buy – through NASA – Alpha Space’s commercial services in support of MISSE.

“Alpha Space is proud to offer enhanced services to NASA and NASA-sponsored experiments,” stated Alpha Space President, Stephanie Murphy. “Many of our services have not been available to the materials science community until now, and we are excited to implement this next level of advanced research with NASA as our partner.”

The company’s enhanced services include a plug-and-play model which can view/expose four directions in space, monthly high definition photographs of exposed materials, power and data in near real time, a suite of sensor data and additional customization.

“NASA is excited to enter into this cooperation with Alpha Space to advance materials science testing,” stated Julie Robinson, Chief Scientist for the ISS Program at NASA. “The MISSE testing facility and its advanced services open the door to new ways of testing for both NASA's exploration-related research as well as research to help industry prove new technology and materials on the ISS National Laboratory."

This five-year, $4.9 million contract follows the company’s first cooperative agreement with NASA to allow MISSE a permanent external location on the ISS to host both government and private industry experiments.

On the heels of securing the NASA contract, Alpha Space also landed its first commercial contract with AZ Technology, a woman- and service-disabled veteran-owned small business delivering comprehensive technology solutions and applications for science and engineering from concept through production.

AZ Technologies will test the effectiveness of their coatings in the space environment, with correlations of the effects of Atomic Oxygen on samples, providing necessary information for evaluating product improvements.

"AZ Technology's rich history in spaceflight experiments dates back to LDEF and experiments placed on the exterior of the Russian Mir Space Station. We have been involved in the MISSE Program (prior to Alpha Space ownership) from the very beginning, testing advanced materials coatings for spacecraft," stated AZ Technology's President and CEO, Lynn Leeper. "Our samples to be flown on the inaugural flight of the MISSE Flight Facility will be a continuation of these experiments, continuing AZ Technology's commitment to providing our customers a cutting edge product."

Unlike previous MISSE programs, MISSE is now a privatized, commercial facility owned and operated by Alpha Space with a permanent placement on the ISS. The facility and its first set of experiments have been manifested to fly to the International Space Station in September of 2017 on the SpaceX Dragon resupply vehicle's flight SpaceX-13.

Alpha Space is a proud sponsor of the 2016 SpaceCom Expo taking place in Houston this November. Engineers will be present at the company’s exhibition booth to discuss your experiment needs.

On November 15–17, 2016, SpaceCom — the Space Commerce Conference and Exposition — will present a powerful three-day event in Houston engineered to highlight the intersection points between terrestrial industries and the aerospace community. This will be Alpha Space’s second year to co-sponsor the event with MEI Technologies, Inc. (MEIT) as a Founding Sponsor. Stop by booth #229 to see how together these two companies are everything you need to have your next experiment soar! 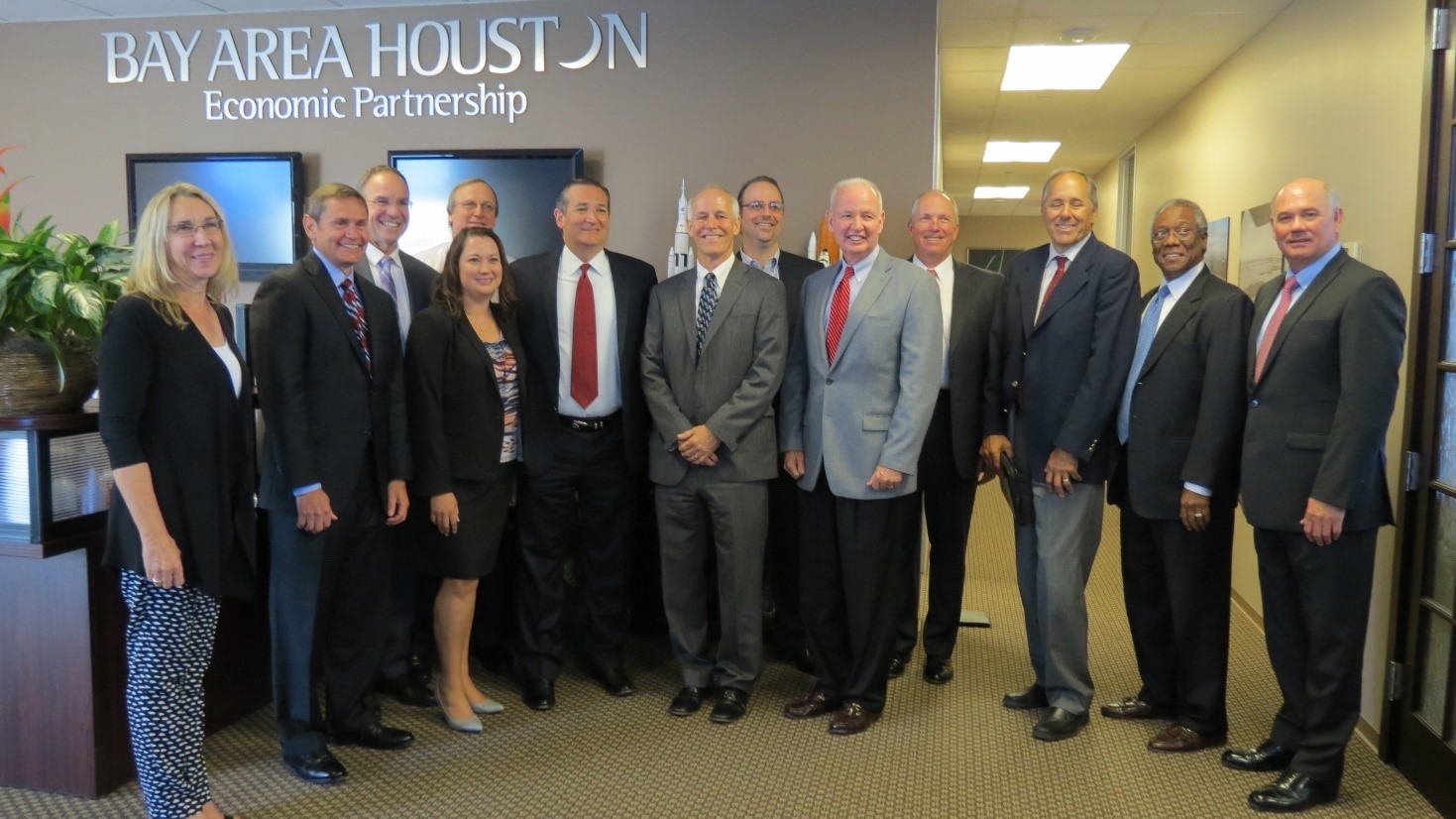 Alpha Space to Speak at the ISS R&D Conference 2016

Alpha Space will be in attendance at the 2016 International Space Station R&D Conference, taking place on July 12 – 14, 2016, in San Diego, CA. Go to the ISS R&D Conference and learn how microgravity can serve as Your Catalyst for Discovery. During this interactive and intensive three-day conference, hear from leaders within the academic, commercial and government communities who are all leveraging the International Space Station and pushing their research to new heights. Alpha Space is slated to speak at the conference. As a proud Marketplace Sponsor, Alpha Space will also be exhibiting. Stop by the booth to see how Alpha Space can take your testing to new heights!

The 2016 National Space & Missile Materials Symposium (NSMMS), being held June 20 – 23, 2016, in Westminster, CO, brings together the Nation’s technology leaders to review the critical challenges of materials, processing, and manufacturing for space, missile, and hypersonic systems. System engineers, designers, scientists, researchers, managers, and senior leaders will be in attendance from the joint services, NASA, DOE, academia, and industry. The government’s active participation in this event helps provide direction to our senior leaders, research scientists and engineers in the industry, in order to keep our capabilities internationally competitive and our defense systems the best in the world. Alpha Space will have a Speaker at the symposium and will have a booth. Come visit Alpha Space on the exhibit floor!

Thank you for supporting Alpha Space!

Alpha Space thanks the many publications and organizations that have shared the great news currently happening in cooperation with NASA and the ISS! To Aviation Week, Yahoo! Finance, SpaceRef,  SatNews, Bay Area Houston Economic Partnership and many more, your support is very appreciated and we plan to deliver more good news in the near future!

Alpha Space Test and Research Alliance (Alpha Space), a newly formed spin-off company of MEI Technologies, Inc. (MEIT), announced today that a   cooperative agreement has been signed with NASA to conduct a commercial   project that will lead to the development, integration, deployment and   operation of the Materials International Space Station (ISS) Experiment   (MISSE) materials research flight facility on the ISS. The period of performance is through June 30, 2024 with the expectation to operate   through the life of the ISS.

“The MISSE materials research flight facility will be the first   facility in the world to offer pure materials science research to the   commercial sector,” said Alpha Space Operations Manager, Darrin Walker.   “Our cooperative agreement with NASA will allow MISSE to host up to   twelve sample carriers around a central tower to serve the experiment community.”

The cooperative agreement will advance technology developments and research by establishing a permanent external location for materials   research. The specific objective is to minimize the cost and optimize the results of material science research in a commercial partnership, while reducing ISS Program resource requirements.

“The MISSE facility provides the ISS with an important new capability for materials research. Importantly, however, the development and operation of this capability as a commercial facility, with NASA as an initial customer, continues the expansion of the ISS as a commercial platform,” stated Mike Read, manager of the International Space Station National Lab Office. “We are pleased to have Alpha Space as a new partner in our ongoing efforts to enable a thriving commercial market in low-Earth orbit, using the ISS as a springboard.”

The permanent MISSE facility is planned for initial operations in 2017 with subsequent launches every six months. MISSE will provide unparalleled materials testing and data collection for both passive and active materials samples at an affordable cost to the experiment community. MISSE will also fly non-materials research on a space-available basis.

While Alpha Space is a new company, the employees supporting it have a long, successful track record through work performed under MEIT.   Through MEIT’s legacy prime contract of over twenty years – now known as the DHEP Bridge (DHEP-B) contract which supports the DoD Space Test   Program at NASA JSC – MEIT personnel have safely and successfully integrated over 300 payload and experiment packages for deployment on the ISS and Space Shuttle. Under this contract and its legacy contracts, MEIT personnel integrated the MISSE-1 through MISSE-8 experiments. The MISSE facility being built by Alpha Space in cooperation with NASA is aptly named in continuation of this work performed by MEIT.

“In the interest of forming an agile commercial space company that could provide unique services to the Materials Science community, Alpha Space was formed,” stated Alpha Space Principle, Stephanie Muniz Murphy.   “The expertise and performance history our team achieved through MEIT and our strong relationship with NASA will propel Alpha Space into a successful future.”